(upbeat music) – Hey everyone. Happy holidays. Today, I'm gonna be showing
you guys everything I eat in a day during a holiday. This is the time we're
hanging out with family. We're eating good, we're drinking good. It's gonna be a blast. And a huge thank you to Haus
for sponsoring today's video. All right. So I'm gonna get started
with breakfast first. So for breakfast, I'm gonna
have some fruit and some yogurt. Here I have a cantaloupe and
I'm just going to prepare it. I'm just gonna chop off
this edge part here, and this is where I'm
probably doing it wrong, but this is how I cut a cantaloupe. I use this edge as a base. It gives me a better grip, getting the knife and
taking that skin out. Now that the skin is roughly off, I'm just gonna cut it in half and I'm just gonna run it
through to get these seeds out.

I'm just gonna chop it into little cubes. All right. So I'm gonna put half
of this cantaloupe here. So now I'm just gonna plate this, I wanna just pile the cantaloupe here. This is almond milk yogurt and it's actually really delicious. It's definitely more
watery than Greek yogurt, but I actually liked this runny texture. And then inside the yogurt, I'm just gonna put a
little bit of goji berries, just for some flavor and texture. All right. And voila, we've got breakfast. So let's have a bite. I like to get the cantaloupe
and then kinda dip it in the yogurt. It's so perfectly tangy and sweet. It's great. All right. It is lunchtime. And for lunch, we are gonna
be having shrimp cocktail. I don't know if this is
just an English thing, but every time Ben and I go and celebrate the holidays in England, we always have prawn cocktail.

And I have made life a lot simpler. I just purchased some
store-bought shrimp cocktail. It came with a pre-made cocktail sauce, but I think we should make our own. So making the sauce is super simple. We're just gonna get a
little bit of ketchup, some mayo. I'm gonna do an equal part of that. A little bit of Tabasco, three squirts of that. Then we have some paprika. And then lastly, a dash
of Worcestershire sauce. And I'm just gonna mix this all up. You can really tell by the color.

That looks good. Let's do a little taste test. It's delicious. Let's plate this. So that is our homemade cocktail sauce. I just poured the store-bought
cocktail sauce on the other. We'll see which one Ben likes more. And then I'm just gonna
plate these little shrimpys. So I thought we would
make a cheeky little drink to go along with lunch. It is the holidays, you wanna to let your
hair down a little bit.

So I'll be making a spritz using Haus. First off, look at this stunning bottle. It is gorgeous to display on our bar cart. This is in the flavor, citrus flower. It is my favorite. I first heard about Haus
from our good friends, (indistinct). I saw them drinking it and then
it got us a little curious. And now, we are obsessed. I have always loved citrusy things. And this one tastes
really fresh and bright because it's made with
lemons and elderflower. Every ingredient is
listed on their website and the pamphlets that you receive.

So you always know exactly
what you're gonna be putting in your cup. So for today's drinky poo, we're gonna be making a Haus spritz. It's two parts of Haus. I always feel so technical when I've got specific measurements. And then it's gonna be
one part soda water, one part champagne. Gorgeous. We're gonna get a little spoon, mix it around, and plop a lemon in there. All right, let's have a sip. Oh, it's so good. It's so festive and Christmasy. I need to try the Ginger Yuzu flavor next. You guys have got to try house. They have a super simple ordering process and you can get it delivered
straight to your door. You can also get 15% off your first order using my code JENNIM. You can use that and also click the link in my description box. All right. – Wow, what a treat, babe? Thank you. A bit of prawn cocktail. We've got some Haus. I haven't tried this. Cheers, babe.
– The spritz. – The spritz. Let's give it a go. Oh, that's very drinkable.
– I know.

It's so delicious. Can you guess which one I made? The sauce? – This one. – What gave it away? – Well, partly because we
went to the shop together and I'll say I helped explain
to you what you put in the Thousand Island dressing. – This is Ben's recipe. Why do we always have prawn cocktail? It's good, huh? – Why do we have prawn cocktail? I don't know where it
came from or why we do it and whether it's just an
English thing or what, I don't know. When I was younger, my job was always to do
the Thousand Island sauce.

My family were doing the
whole roasted Turkey, the trimmings. And I had to just put some
mayonnaise and catch up together. I loved it. – I was the mashed potato smasher. – The smasher
– The smasher. – But then over the years,
your (indistinct) get bigger. Now we do everything. – It's true. Well, he does everything. Ben is such a good cook.
– We're a team. – He's really gonna be shining
for the dinner portion. – [Ben] No pressure. – [Jenn] We just had lunch and now we're immediately making dinner. – Which is all right because
it was a light lunch. We're still hungry enough to
enjoy the cooking process. So we're gonna make a nice roast dinner. We're gonna start with
some roast potatoes, make them perfect for you guys, a veggie turkey and some Brussels sprouts. Also a nice little drizzle of
vegetarian gravy over the top, all homemade. 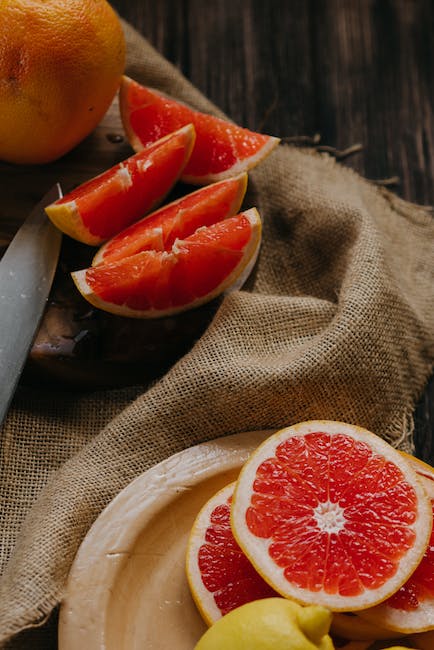 So you'll get to see the whole
process and enjoy it with us, but you can't obviously taste it with us, but you can watch us enjoy it. – So first we're gonna be
making roasted potatoes. – And we want to give them a good peel. Now that they're peeled, we're gonna chop them in half then we're gonna throw
them in some boiling water for 10 minutes on a medium to high heat, just to get them a bit
nice and succulent inside. So now that the potatoes are finished, this is the special part. We give them a good fluff, a good shake, just kind of rough this around the edges. And this will just help
get them nice and fluffy in that oven. And then you set that aside and then you get a nice baking tray, get some olive oil, get it nice and coated.

And then I'm gonna throw the potatoes in. Again, give them a little shake in the oil nicely mixed in. And then I'm gonna chuck
a couple of bits of butter in there. This just helps get them nice and crispy. I'm gonna add some salt and pepper. Throw them in the oven around 400 degrees for about 25 to 30 minutes just so they get slightly
brown underneath. So next up we have the
meatless roast by corn. This does such a good job. It's so easy to make and
it tastes just as good. And you don't have to stick
your hand up for turkey's butt to rip the heart out. So pierce the film, throw it in some foil.

Give it a little wrap. Chuck in the oven with the potatoes. Easy. Look at that. Phase one of the potatoes are done. Let's have a little look. I can see they're getting
a tiny bit of color to them at the bottom. So this is the special
part of the potatoes. As you can see, they're getting a little
bit brown underneath. Get a nice mash potato masher. This is where you wanna
be delicate with it, delicate but firm. And you just wanna give
it a slight little push. This is how you get them nice
and fluffy and extra crispy. We're gonna throw some garlic, we did five cloves. We're gonna keep the skin on as well. This just stops it from burning. And this is where the
real flavor comes in, some fresh Rosemary. Grab it off the Sprig,
whatever you would call it, sprig it off, (indistinct) a bit more salt and pepper. And then we further back in the oven for about 25 minutes to 30
minutes until it's delicious, crispy, golden brown, fluffy to the touch.

– [Jenn] So the Turkey has
been in there for 40 minutes and now we're gonna pop it out. And by we, I mean Ben. – [Ben] So you're gonna
get the wrapping off. So this is where we wanna cut up a couple of slices of orange. This just gives it a
little zesty feel to it, A nice bit of flavor. You're gonna place on either side. We're gonna pour some olive oil on it and get some salt on there. And then we're gonna
throw it back in the oven for about 20 mins. – So now we're gonna make
the vegetarian gravy. It is absolutely delicious. So you're gonna need half an onion.

We've just diced these and we're gonna pop them into
our manual food processor, five cloves of garlic, and then we're gonna pop
the lid on and go to town. (processor crackling) – [Ben] Look at that. Nice and fine so it just adds to the
consistency of the gravy. Then we're gonna pop that into a pan. With some vegetable oil or canola oil, you wanna good amount of this and then get a medium heat. And then we're gonna
add our onion and garlic that we've already prepared. And you wanna fry this
for five to seven minutes until it's softened and slightly browned. Now we wanna add a third of
a cup of all purpose flour. This is gonna get a nice
thickness to the dish. Then we want some
nutritional yeast seasoning. You want about four teaspoons of this. We don't need much. And then we want four
tablespoons of soy sauce, this just adds to the richness. And we wanna whisk it together
into kind of an almost paste. We want two cups of vegetable stock and the nice liquid, get the gravy texture. Look at that.

Basically, you wanna keep whisking this until it turns into a nice liquid. Add some salt. So you let this sit and
simmer for 10 minutes, stirring occasionally. And while that's cooking
and smelling bloody lovely, I must say, we're gonna do some Brussels sprouts. We are gonna wash them, chop into half. We're gonna throw them
in some boiling water. Cook that for about 10
minutes until nicely softened. Get the salt in there. Yes.

– [Jenn] All right. The potatoes are finished. – Look at these.
– Wow. – [Ben] Golden brown, nice and fluffy. I'm so hungry. – That looks so good. – It smells great. – [Jenn] And then to plate
it we're just gonna put a little bit of rosemary there. And there we go. – And the Turkey is done. It doesn't look like much, guys, but it tastes lovely. – [Jenn] Yeah. Wow, look at that. All right. So the sprouts are done. A little bit of salt, pepper. Again, if you wanna be naughty, throw some butter on there, but we don't need it.