PCOS or Polycystic Ovary Syndrome is the most
common hormone related problem in women worldwide. PCOS is the number one most common cause of
infertility due to ovulation problems but is also the cause of many other health problems
in women. Being overweight or obese does not cause PCOS. In fact, PCOS is only slightly more common
in obese women than in normal weight or underweight women. However, being overweight can make the problems
associated with PCOS worse and harder to get rid of. It is generally well accepted that weight
loss can improve some, but not all, of the problems that are due to PCOS. In fact, some studies have found that only
a 5% loss in your weight can result in improvements in the symptoms of PCOS. There is little agreement, however, on the
best diet for PCOS. There are many problems with diet studies
for PCOS.

These tend to be the same types of problems
we encounter in any weight loss study. One of the biggest problems is patient dropout. It is not unusual to have more than half of
the patients in these studies leave the study before the end. This means that the results are based on only
a fraction of the women studied. This is really important because in a weight
loss study, drop out may be due to the fact the diet was difficult to maintain and therefore
would be less likely to work in the real world. Problem number two is that many of these studies
are very short, usually around two to three months. A particular diet may look great for 8 weeks
but not be nearly as effective after say 5 years. Diet studies can also be difficult to compare
because they dont always measure improvement in the same problems in the same way. For example, some diet studies in PCOS may
have weight loss as an endpoint, others may measure improvement in certain blood tests
and still other may measure ovulation. This is an important point because a certain
diet may be good for improving one type of problem but have no effect on another type
of problem.

A final problem with these studies is that
they don’t always use the same criteria for diagnosing PCOS. Remember PCOS is a syndrome which means there
are lots of different signs and symptoms. Not all women with PCOS have the same symptoms
or problems Lets talk about some specific diet regimens. Since there are so many of these diets and
so many recommendations form websites and channels, I am going to focus only on the
diets that have the best quality scientific evidence to back them up. I do not list these in any sort of order This diet was originally created as a means
to help people with high blood pressure. DASH stands for Dietary Approach to Stop Hypertension. The DASH diet is rich in vegetables, fruits,
whole grains and low-fat dairy products, as well as low in saturated fats, cholesterol,
refined grains and sweets. This study compared the DASH diet with another
low calorie diet in women with PCOS and found that women on the DASH diet achieved greater
weight loss and had lower levels of one type of androgen hormone and higher levels of antioxidants. This website has detailed information about
getting started on a DASH diet The soy diet involves eating foods that are
derived from soybeans.

Soy foods are a good source of plant based
proteins, have no cholesterol, are high in fiber and low in saturated fats. Soy foods also contain high levels of a chemical
called isoflavones. This study compared a soy diet to a similar
diet but with a higher percentage of protein from animal sources instead of soy. Those on the soy diet showed greater improvements
in weight, some androgen levels, measures of insulin resistance and antioxidants. This review of several studies found specifically
that soy isoflavones reduced levels of testosterone in PCOS. Info about a soy diet can be found here Pulses are dried edible seeds of the legume
family that include split-peas, dry beans, lentils, and chickpeas. Pulses are high in fiber, complex carbohydrates
and plant based protein and are low in fat. Pulses have a low glycemic index which means
that it doesn’t increase your blood sugar as much after eating them. This study compared a pulse diet to the TLC
diet. The TLC diet was created to help people reduce
their cholesterol and contains veggies, fruits, breads, cereals and pasta and lean meats. 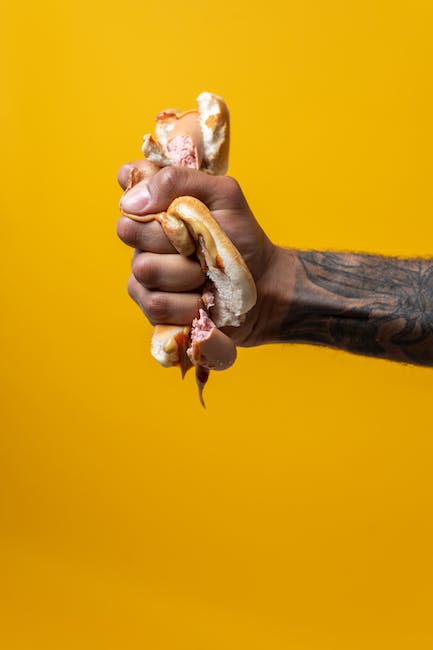 One unique aspect of this study is that the
women were not required to cut their calories. Women in both groups were encouraged to exercise
and had monthly lifestyle counseling. The Pulse diet was better at reducing blood
pressure and triglycerides and improving cholesterol. When women were re-evaluated after 6 to 12
months, however, some of those improvements went away. Women in both groups achieved similar amounts
of weight loss – about 5% but both groups experienced some weight gain again by 6 to
12 months This website has information about the Pulse
diet Other types of diets I looked at did not have
enough high quality scientific evidence for me to recommend. This includes popular diets like low carb
diets. In fact, a review of fifteen low carb diets
did not find any benefit in hormones, metabolic measurements or weight loss None of the previous diet studies looked at
ovulation or fertility specifically.

In fact, there is surprisingly little data
looking at the benefit of diet or weight loss directly in PCOS. In one study, subjects followed a low calorie
diet whereby two meals daily were replaced with commercially available meal replacements. They compared overweight women with PCOS and
those without PCOS. Both groups lost the same amount of weight. This is important. It points out that there is no evidence that
women with PCOS have more difficulty with weight loss. Even though both groups lost the same amount
of weight. The women with PCOS ovulated only half as
often. Weight loss, at least by calorie restriction,
is less effective for fertility in women with PCOS. Data from a large PCOS study looked at whether
weight loss by diet, exercise and medications before starting the fertility medication clomid,
could improve the success of the clomid treatment.

They found that the ovulation rate on clomid
was better. Women who delayed treatment with clomid to
achieve weight loss first not only ovulated more often but actually had more live births What have we learned. If you are a woman with PCOS, there are a
number of diets that can help you to lose weight and improve some of the metabolic problems
associated with PCOS. If you are attempting to conceive, it seems
that diets and weight loss will be less successful than for other overweight women but gives
a definite advantage prior to treatment with clomid InfertilityTV is your most trusted source
for accurate information on infertility and miscarriage. If you are not a subscriber yet, hit the subscribe
button right now. A new episode is released every week. Don't miss any episodes. You can also check us out on our website ivf1.com
where you can become a patient