– Hey guys. Today on "Low Carb with Jennifer," I'm going to show you how to make my keto cinnamon donut muffins. They are only two net
carbs and super delicious. Hey there, guys. Welcome back to "Low Carb with Jennifer." I'm Jennifer Banz, and I help home cooks make
family friendly keto meals. So today we're making these delicious cinnamon donut muffins. They taste just like a donut, and they're perfect for
breakfast, keto breakfast. They are easy. So we're going to use some almond flour, and I've got some salt and baking soda. So this recipe uses Greek yogurt, which I prefer over sour cream. Sour cream, of course,
would add more calories, like substantially more. And it actually would add
a little bit more carbs, depending on which sour cream and which Greek yogurt you use. I like to use Fage, the 2%
unsweetened plain Greek yogurt, and it's perfect. We use the Greek yogurt and then the baking
soda is what helps the, it activates some chemical reactions.

We got chemistry going on here, and that's what helps them
rise with the baking soda. So I've got my Lakanto
granular sweetener here. You can use any keto sweetener that's your favorite that is a one-for-one
substitute for sugar. They've got Stevia versions. They've got Swerve, but I really prefer Lakanto. It doesn't have as much
of that cooling effect that some of the other
keto sweeteners have and also bitterness, it doesn't have. So I'm just stirring all
of the dry ingredients. So now I can add in the wet. We've got three beaten eggs. I also like to use Greek
yogurt in this recipe, 'cause it helps reduce the amount of eggs that we need to use.

So these are a little less eggy. So there was some vanilla extract, and now I'm going to
add in the Greek yogurt. Okay, we're going to mix this all up. Okay, we've got our batter mixed up, and I've got a muffin tin
here lined with muffin liners. And we actually sprayed
the inside of the liners just so they don't stick. And now, I'm going to
fill all of these up. Just going to do one scoop. This is a two tablespoon scoop, and it's perfect for
filling up the muffin cups. Okay, these are going to
cook in a 400 degree oven for about 18 to 20 minutes. 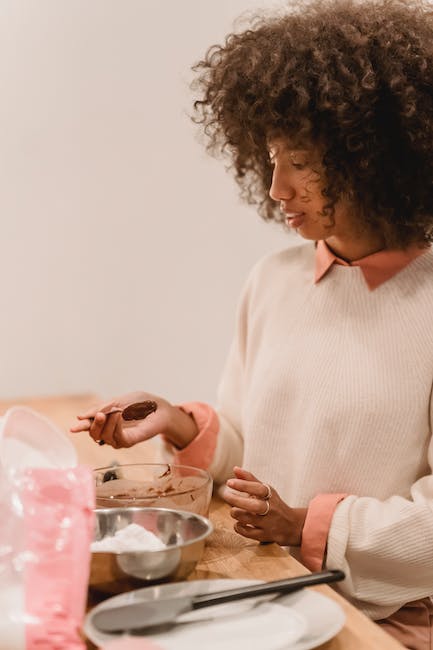 And then when they're done, I'm
going to show you what we do to make them cinnamon donut muffins. Okay, we've got our
muffins out of the oven. And now, we're going to make
them cinnamon donut muffins. I have some cinnamon here, and I've got some more
of the Lakanto sweetener. So I'm going to add the cinnamon and mix it up. And I've got some melted butter. This is one stick of melted butter. So we're going to dip the tops into the butter and get just the tops
soaked with some butter. And then, we're going to dip
it into the cinnamon sugar. Just like that. So whenever I tested this recipe, I tried to do the whole thing, and it didn't work.

It was just too much. So I would recommend just doing the tops. So we're going to dip it in the butter and then the cinnamon sugar. And oh my gosh, look at that. Amazing. So I'm going to do all the rest of these, and then we'll be done. Okay, I'll show you how
easily the paper comes off. So let's cut into one and so you can see just
how fluffy they are on the inside.

Just like that. So delicious. These are perfect for
a meal prep breakfast. Make sure you check out
these other videos here, and I will see you guys later, bye..