When you do it like this it means you're french. When you do it like this it means you're english, okay? When you'll do it like this means like you're a bastard Yes! Okay, so this is Alex listen I wanted to make a video about fresh food, but the thing is I don't have any fridge yet So the only thing I could find Is this: a can of sardines. So, I believe you cannot do any proper recipe with just a can of sardines, right? Wrong-wrong-wrong-wrong 6 Mind-blowing dishes now So true story before making this video. The only dish I could have think of when it comes to kind of Sardine would have been just Sardines on a plate with a hunk of bread on the side.

It's not that it's not good… It's just a bit repetitive. That was before because now I know that you can do so much more with just a can of sardines. And I'm gonna share -oops- and I intend to share all my recipes and all my discoveries with you guys That's the main purpose of this video otherwise. There's no point. "Hey guys, I'm making a video, but I'm not gonna share anything." So first off, you need to know five things about sardines. They are cheap and yes, I realize that having this as my first point makes me look a bit tight Second, you can keep those out of the fridge for about, you know an approximate period of… Forever. Everything inside is cooked. Which I'm sure you will agree is safer considering the previous point. For the texture of the fish, the flesh itself is very fragile So you gotta take extra care when you deal with them. And five, it's on the fatty side.

I mean sardine is an oily fish. Which is preserved in all so oil. Oil in oil it's not like a double negative It doesn't work this way. That's it for the theoretical stuff So now to the practical stuff: the recipes Easy a bit less shorter or longer Italian, Indian, French, I believe there is one recipes for each and every one of you Marinated Sardines This is my take on a french classic called fish in escabèche sauce. I know "escabèche" sounds fancy But it's just about hot marination Garlic. A blood orange (a regular orange works fine). Parsley. Onions. Carrots. Celery. And a blend of spices. If you want to know your spices, watch my series called Mundus Aromaticus and start building a solid and useful spice rack Here I've got cloves, coriander seeds, cardamom, star anise, cinnamon, black peppercorns, pink peppercorns Place a saucepan over medium heat Drop in a third of a cup of vinegar. To bring more flavors in I'm adding some pickling juice Does it look weird? Pickling juice is just the most precious gem for lazy and smart cooks.

It has perfect ratios of salt and acid Squeeze the orange juice in for tang and sweetness and grate the skin Next drop everything in saucepan except for garlic and parsley You need to cook and infuse all those flavors for about 8-10 minutes just to get rid of the first acidic kick In the meantime take a can of sardines place them in a dish. Those were preserved in olive oil so I'm using that liquid as well Add a few bits of garlic cloves and some parsley Gently [pour] over the hot marination and let that sit in the fridge overnight enjoy those cold on a garlicky toast Tangy, intense, crispy, spicy, and so fresh. This is definitely my kind of recipe Right guys, I'm editing this video right now, but I reckon it's time for a quick studio update So this very quick studio update is gonna be all about wins and fails Soap dispenser on the wall: Fail. 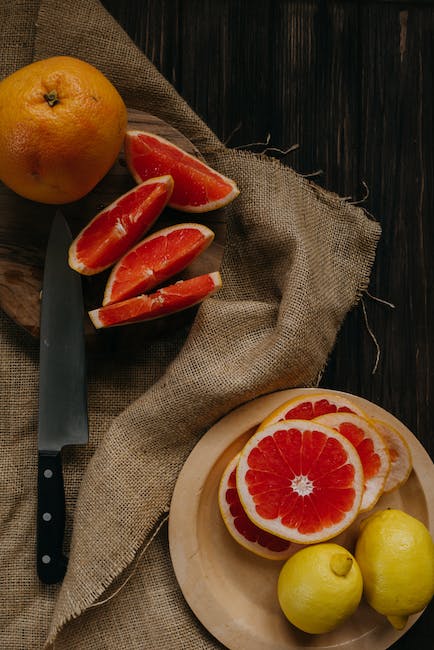 Workshop boxes to organize all the video gear: Win. Fluorescent tape on the edges of my shelves: Fail. Temperature control electric kettle: Win. Guys, that's it for the quick studio tour. Back to the sardines. Glazed and smoked Sardines. This one is inspired by a Japanese dish called Unagi Don. So classically, it would be eel fish glazed with sweet soy, sake, and mirin sauce, and broiled over a charcoal grill So if I may, there are a few challenges in this recipe because I've got no sake, no mirin, no charcoal grill, and no eel Maybe we change recipe? No! We don't change recipes! Now, you just build on something in a saucepan over medium-low heat Drop in half a cup of water half a cup of vinegar 1/2 a cup of Molasses, or a full cup of dark sugar And a cup of soy sauce I don't have a charcoal grill so to get the same barbecue effect, simply add a couple tablespoons of smoked Paprika in the Saucepan and cook that for 10 minutes on low heat To get a silky and shiny finish, add a teaspoon of corn or potato starch diluted in a bit of water Now open a can of sardines So those are not preserved in oil, just water because I felt otherwise the whole dish would be too heavy.

Thoroughly Coat each filet in the sweet and sticky sauce and then place it on top of warm and fluffy white rice Add a few spring onions, sprinkle some sesame seeds, and Voilà! Sticky Smokey caramelized and the tang from the sauce cuts through the fattiness of the fish Sardines and Fennel pasta, it's a dish that is Directly inspired by a dish I had in the very south of italy in Sicily. It was called Pasta Con Le Sarde. Italian viewers, discretion is advised. This is not exactly pasta con le sarde. You know you guys tend to be a bit picky when it comes to Italian food? Pre cook a handful of pasta. The best would be bucatini but spaghetti is great too.

Stop like two minutes before fully cooked strain, but keep some water for later Now we chop an onion Garlic clove and some parsley. Trim off the tiny tender leaves from the fennel, and chop them up roughly Now chop up the fennel finely into strips Rehydrate a handful of raisin by soaking them in boiling hot water Place a pan over medium heat. Add a drizzle of olive oil. Drop the onion the garlic, the raisins. To give it a nice color just use a Saffron if you've got some and you're wealthy. Or just you know tomato paste if you're let's say, you know more casual (broke!) Add fennel strips, mix that up. Add cashews or any nuts you have. Now pour in some leftover water from your pasta. Close the lid and [cook] that for ten minutes on low heat Then add your pasta, but do not overcrowd it Open a can of sardines and add them in chunks Sprinkle with Fennel tops, Parsley, breadcrumbs, and lemon zest Finally a nice squeeze of lemon Everything works great in this dish and not only because it's Italian Sardines and Pasta bring some richness Lemon Parsley and Fennel take care of the freshness you also got some good crunch from the cashews and the breadcrumbs Humble and Flavorful.

That could be a definition of Italian cuisine So guys that's it for part 1 in the next part I will show you three more recipes that you can rustle up with just a can of sardines. Truth be told, my favorite dish is in the second video of course it is So now people, it's your turn I want to know which dish you cook with just a can of sardines Bye-bye, take care, salut!.